Why use LLB CloudSync over other options such as Dropbox, Carbonite, Box or OneDrive?

LLB CloudSync is designed as a business class cloud file server, file sync, secure email and backup solution all-in-one HIPAA and PCI compliant solution. Our goal is to give you the ability to access your data from anywhere at any time and become an intricate part of your day-to-day file management usage.

Are you willing to sign a business associate agreement (BAA)?

Yes, we sign BAA’s for all of our clients who service the medical arena and utilize LLB CloudSync as part of a larger effort to maintain HIPAA compliance.

Can we use LLB CloudSync in the same way that we currently use Google drive?

Yes and No. In the respect that you have a Google drive client installed on your PC and sync data from your PC to the cloud, LLB CloudSync works in a similar way but we encrypt all data sent with our 448-bit military grade encryption on each file or folder uploaded.

One of the features provided by Google drive is the ability to modify files directly in the browser, we do not provide this ability but instead allow you to modify your documents from your LLB CloudSync folder on your PC and save the documents back into your LLB CloudSync folder where all changes and modifications will automatically sync to all those who have shared access to the particular folder or file.

Why don’t you offer unlimited storage plans like Microsoft, Dropbox and Box?

Much has been made of companies like Microsoft, Dropbox, and Box blowing the caps off the amount of storage space that comes included with their business solutions in recent months. Much overlooked has been the lack of features and the limitations placed on the size or number of files “unlimited” storage can actually store.

For instance, Microsoft’s OneDrive for Business boasts an unlimited amount of storage, but won’t sync files 10GB or larger, and also limits users to 20,000 total files – a caveat that may prove very frustrating for businesses large and small.

Despite the inconveniences associated with file size and maximums, the real crux of the issue with the previously mentioned SaaS solutions is that they’re branded as “business solutions” despite lacking key features that a true, enterprise solution should offer. Microsoft, Dropbox, and Box throw terabytes of storage at users as if this makes up for their lack of features, even though an individual business user typically wouldn’t even fill up 100GB of space on their own, let alone a terabyte.

Each LLB CloudSync plan has at least 150GB of cloud sync storage and we’re able to accommodate smaller organizations by allowing them to start off with just 25GB of storage.

It’s easy to get caught up in the hype regarding storage, but in order to compete against the big brands, we focus on features truly important to the healthcare and business community, such as remote wipe, rollback revision, and robust administrative controls.

What’s the difference between paid accounts and guest accounts?

With a paid LLB CloudSync account subscription you’re allowed to access all the features of LLB CloudSync to include installing the software on all your devices, utilizing the Team Share features and the Secure Outlook email plugin.

With our unlimited guest accounts you have the ability to share files and folders with those inside and outside your organization. You can send secure documents (i.e. tax returns, ePHI, contracts, etc.) and give the recipient the ability to upload and/or delete the document. Guest users do not have the ability to access Team Shares, Backup features or our Secure Outlook email plugin.

How does the Real-Time Continuous Backup feature work?

Available in our Small Business and above packages, LLB CloudSync allows you to select files and folders from the machine upon which the client is installed and perform continuous backups. This means that once a file or folder is selected to be backed up and changes are made to the file or folder, it will automatically back up to your allotted cloud storage as a new revision.

I don’t see a pricing plan that actually fits what we need, do you offer custom packages?

Yes, we recognize that not all sizes fit all organizations and we do allow you to customize our packages to meet your needs but each customization is based on a minimum number of users. Give us a call and one of our sales representatives would be happy to assist your organization.

What is two-step authentication?

As an option, we provide two-step authentication which adds an extra layer of security to your account. Each time you log into the web portal, you will be prompted to enter an authentication code, which will be delivered to you through a mobile app, a text message, or an email, depending on your settings.

How many revisions of a file are kept in our cloud storage?

By default, we allow you to create and save unlimited amounts of revisions to a file but give you the ability to determine how many revisions you would like to keep and when you would like those revisions removed based on a customized enterprise policy set by the organization admin.

What’s the largest single file size that can be uploaded?

Can we sync data from a network share or SAN (storage area network) drive?

Yes, in addition to local paths, you can specify a network share, a UNC path, or a NAS device as a source for File Server Enablement. When using these sources, you are able specify storage locations that require authentication over a network.

The ability to specify these storage locations as a source for File Server Enablement allows you to increase the amount of data being shared and revised across your system.

What is the WebDav feature and how is it used?

WebDav is a feature which allows a user to “map” a drive letter to their LLB CloudSync data and have access to the data without actually downloading the data to their PC’s. One way this can be used is if you have a large amount of data uploaded to your LLB CloudSync folder and need to access certain files from the cloud but have very limited storage on the PC you’re currently working on.

What happens to a file that is deleted from our LLB CloudSync portal or desktop folder?

As with file revisions, we do not by default automatically remove a file once it’s deleted from your portal or desktop folder location but works very similar to deleting an email and your content being moved to a “deleted” box. Once again, organization admins can establish a policy that details when a file is permanently removed from our system.

What’s your policy for removing data that has been uploaded from an organization that has decided to stop using your services?

It’s unfortunate when someone decides to move on for various reasons but we understand that it does happen. When an organization decides to cancel their account, we inquire to make sure they have their data downloaded and what is stored in the cloud is only a copy. Once verified, all users and data are permanently removed from our systems within 72 hours. 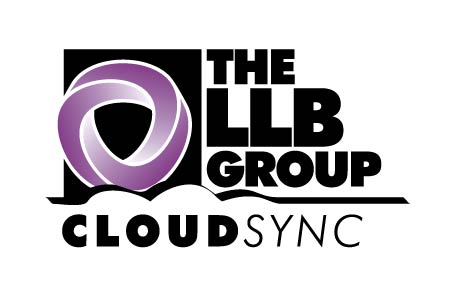